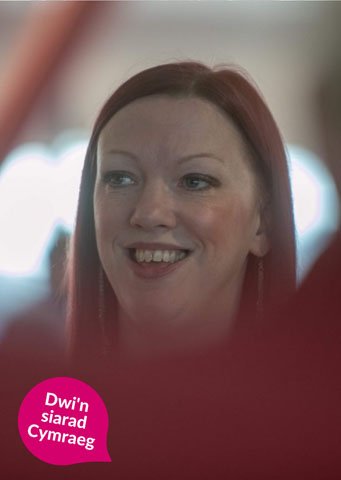 Carys joined the Aloud Charity in 2021, having previously been the strategic lead for music, festivals and the Welsh language at the Arts Council of Wales. She is Culture Advisor to the Future Generations Commissioner.

Carys was raised in Blackwood in the South Wales Valleys. She graduated from the University of Exeter with a first class honours degree in Drama alongside which she took on the role of Musical Director in various productions. During her career Carys has qualified as a Youth Worker, been an Events Manager, an Artistic Director and a Community Arts Development officer. For 17 years, she was also the Musical Director of the Mynyddislwyn Male Choir. She most notably remembers supporting the curation of the opening concert at the National Eisteddfod in Ebbw Vale, where Only Boys Aloud had their first public performance.

She is passionate about supporting young people to achieve their potential, firmly believing in the power of music to change lives.