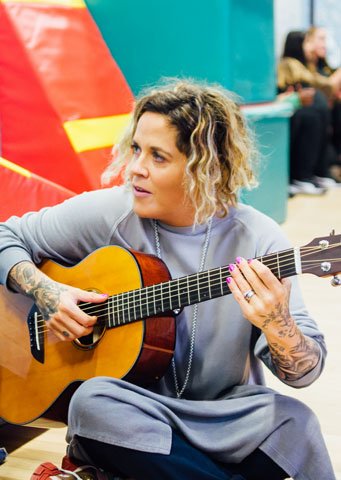 Amy has been performing and releasing music for over 20 years. The practicalities of combining family life with music led Amy to spend more time co-writing with other artistes. One of the UK’s most prolific contemporary songwriters, Amy won a Grammy having co-written Ed Sheeran’s world – wide hit ‘Thinking Out Loud’.

Only Boys Aloud have been lucky enough to work with Amy on numerous additional projects. Most notably, The Merthyr Project, The Fitzalan Project and a special performance at the Arts and Business Cymru Awards 2019. OBA were also delighted to perform with Amy at the Aloud Virtual Christmas concert.