Thirty-seven young boys and teenagers from throughout West Wales staged their very first public Only Boys Aloud concert at Bluestone National Park Resort in Pembrokeshire at the weekend.

The choir has been practising intensely and in difficult circumstances during the pandemic to reach their first public performance which took place at the Serendome venue in front of guests staying at the holiday resort on Sunday. 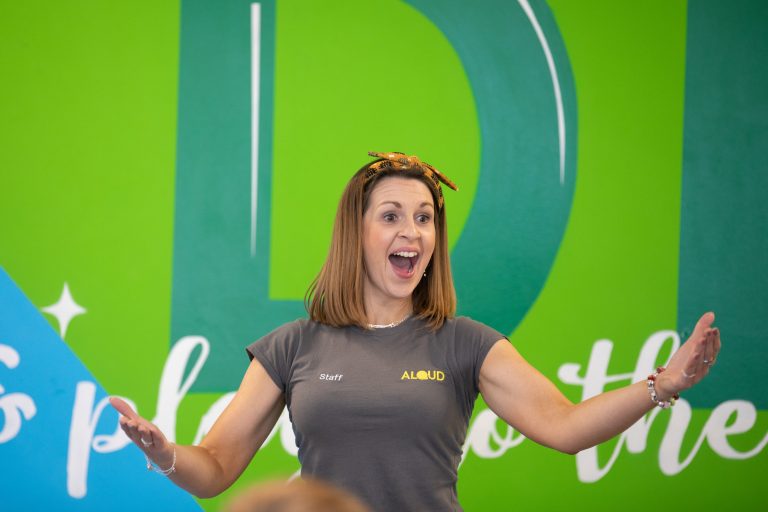 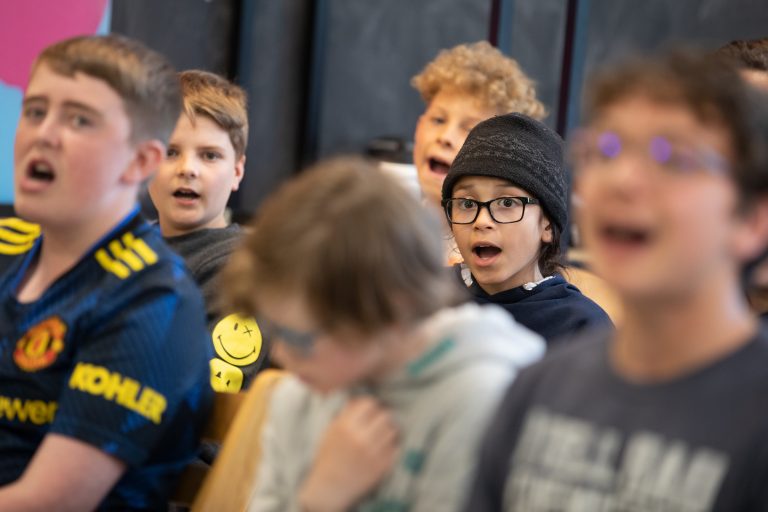 The choir was formed as part of a project by The Aloud Charity to help young boys and teenagers from West Wales build confidence, improve wellbeing and raise self-esteem and aspirations through singing.

Only Boys Aloud launched in West Wales in November last year, establishing new choirs in Pembrokeshire and Ceredigion, and expanded its presence in Carmarthenshire after receiving financial support from The Bluestone Foundation and Arts Council of Wales.

It offers free, weekly rehearsals to boys and young men between 11 and 19 years of age from any background and ability. It follows the success of its work in South East Wales where it launched in 2010.

In April the choir held its first full rehearsal together at Bluestone. Participants will also take part in The Aloud Charity Concerts, which are taking place in Cardiff on Sunday 3rd July and in Rhyl on the 17th July where they will join up with the Only Boys Aloud choirs from all regions.

Yvonne Buckingham, Director of Communications at Bluestone said the event was very special for all involved. “I was lucky enough to see and hear them at their full rehearsal in April and that was a ‘goosebump’ moment in itself. This was another level again.

“To have them performing as a full choir on Sunday was a true testament to their hard work and talent. Many had never sung before, so to go before a live audience at the Serendome at Bluestone was a considerable jump from rehearsals. Well done to them all. We are very proud to have been able to support them on this journey.” 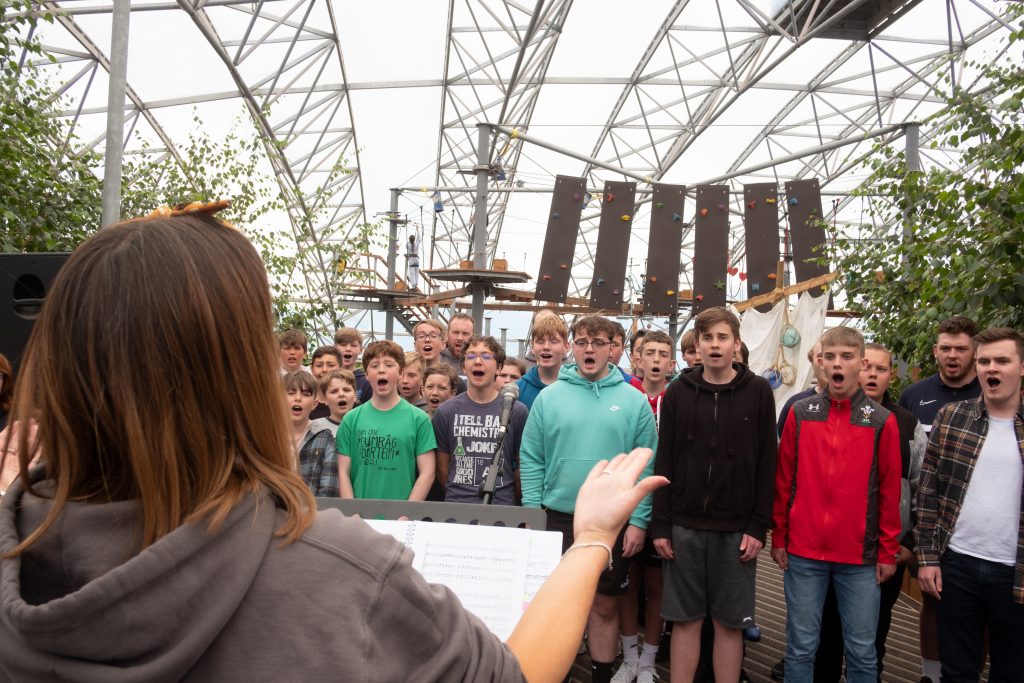 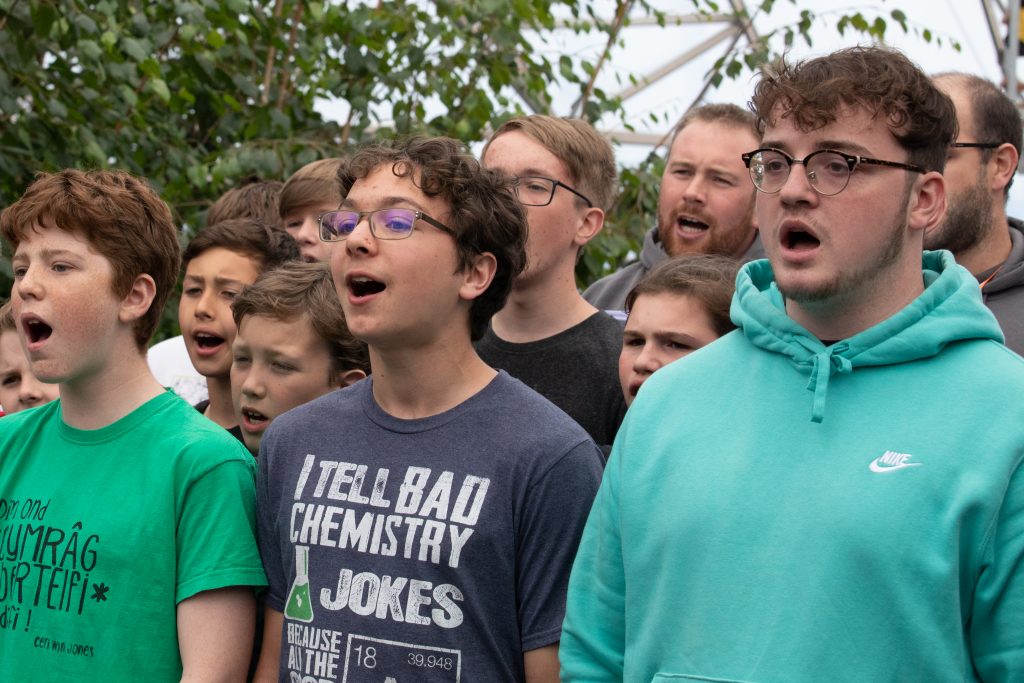 Elin Llwyd, OBA West Wales Project Manager, said: “Sunday’s performance at Bluestone was such a special moment for OBA West. Seeing these young men coming together to perform in public for the very first time was a definite highlight for me, as Project Manager.

“I’ve witnessed each of these boys’ journey from joining their individual choirs back in the Autumn and have seen, first hand, the positive effect that being part of OBA has had on each individual. They showed great confidence and pure joy as they performed at Bluestone and I can’t wait for them to join OBA South and North on Sunday to perform at St David’s Hall. I’m so proud of them all and hope they feel equally as proud of themselves.”

The Bluestone Foundation was launched in 2010 and has distributed over £250,000 in grants across Pembrokeshire. The Foundation strives to help people help themselves and to principally assist projects falling into economic, social, and environmental categories. 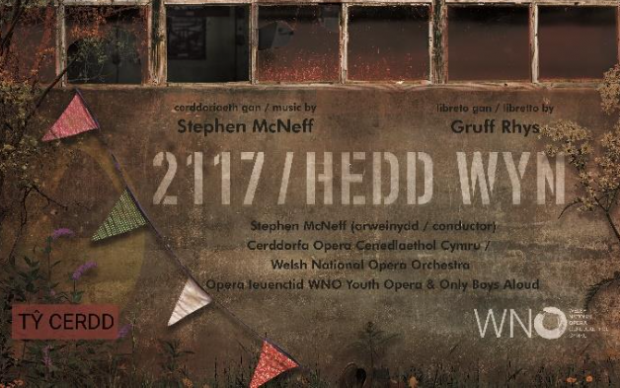 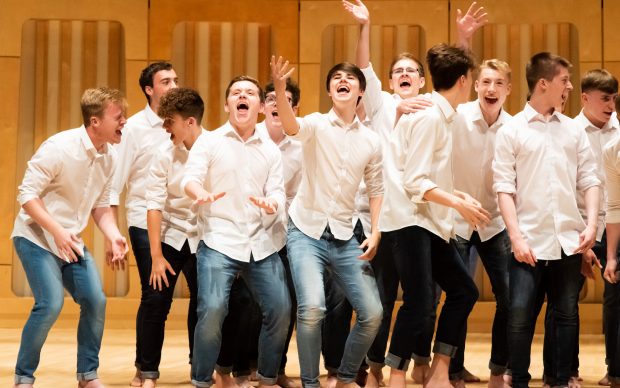 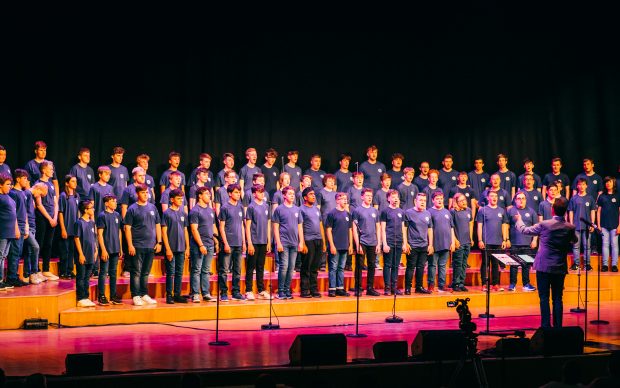